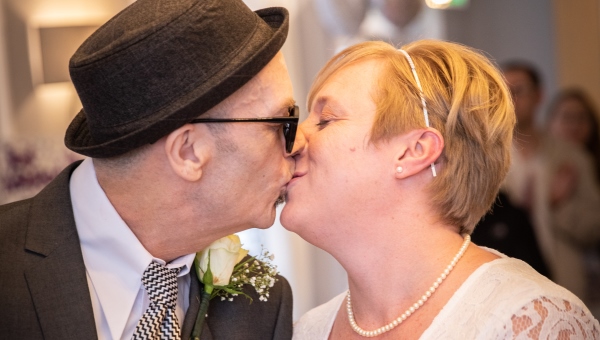 Bill got to marry the love of his life, Emma, after 20 years together

“At one point in the day I just stood back and looked at everyone in the room and I could just see the amount of love that everybody has for Bill, and for the kids, and for me. But I was just so proud that he’s my husband, that my kids were there to witness us get married.”

Emma’s wedding day was magical, but it was an occasion she also described as ’bittersweet’ because it brought home the fact that the man she was marrying, the father of her children and the love of her life, will not be able to grow old with her.

The couple have been together for 20 years and have three beautiful children together, but getting married was something Bill and Emma never thought would happen, as they could never afford to do it. Everything changed when Bill was diagnosed with terminal cancer and their nurse from North Devon Hospice took on the challenge of arranging a wedding for them from scratch.

“He was a rogue!” said Emma, on first meeting Bill 20 years ago. “But his first words to me were: ‘Don’t take any notice of what people say about me, get to know me yourself.’ I did exactly that, and here we are 20 years later!” 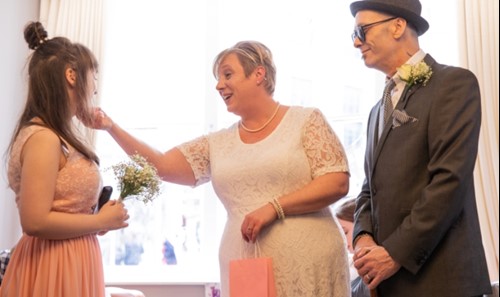 Bill, who is father to Jade (17), Kali (13) and Hugh (6), added: “Over the years, we’ve never had much money or anything like that, but we always make sure the kids come first. It doesn’t matter to us as parents if our clothes are worn out, so long as the kids are nicely dressed and well fed. They are our world.”

This tight-knit family life was rocked when Bill started to feel unwell in October 2016. “It started off as a sore throat, but got to the point where the pain was unbearable and I couldn’t eat or drink,” said Bill. “Eventually I was diagnosed with cancer, which was a shock. After operations, radiotherapy and chemotherapy, we were told the cancer had spread and there was nothing they could do.”

At that point, North Devon Hospice entered the family’s life. “When Lin, the hospice nurse, first came to visit us it was like an angel was here, an absolute whirlwind.” said Emma. “I knew the hospice were there to care for people towards the end of life, but I didn’t expect the care and the support that we’ve had, especially for the kids. Lin instantly became part of our family. I’ve got no words to describe her, she’s just amazing.”

Lin asked if the couple were married, and they said that it was something they would very much like to do, but never thought would be possible. “When we first got together my dream was to be Bill’s wife, but when kids come along your priorities change and we just never had the funds to do it. But being confronted with losing the only man I will ever love, that brought home how much I wanted to be his wife. There will never be anyone else and I would always want to be his wife.” 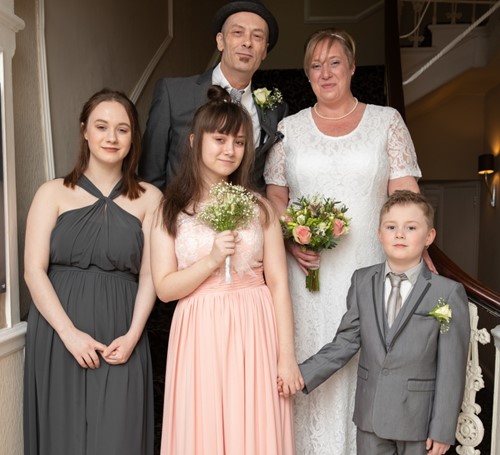 Hospice nurse Lin took on the challenge and set about organising a whole wedding in just a matter of weeks. With the help of Ali Hunt, from the hospice’s fundraising team, before long the whole day was falling into place. The 4-star Fortescue Hotel in Barnstaple had been donated as a venue, a professional photographer had volunteered his time, a wedding car had been arranged and countless other kind gestures contributed to create a magical experience.

Emma added, “When Ali told me I’d be getting my wedding hair and make-up done at the hospice, I couldn’t believe it. There was a whole room kitted out just for me, with a bottle of wine, freshly made cakes, a hairdresser and make-up artist. I’ve never had that. I’ve never felt special like that. It was overwhelming, but it got all my tears out for the rest of the day.”

A long list of people had generously donated time, goods or services to make the wedding possible. The community pulled together to help create a special day for a family whose time together is sadly limited. 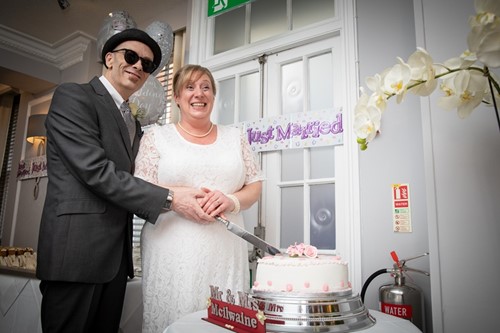 “This is the best I am going to be. I’m not going to get any better than I am now, and I want to spend all that time with my family, because they are my world.” said Bill.

Emma added: “I will remember this occasion for the rest of my life, and nothing is going to top it.”

Emma and Bill McIlwaine, as well as everyone at North Devon Hospice, would like to express their immense gratitude to everyone whose generosity created such a memorable day. This includes: Matthew Brend from The Royal and Foretscue Hotel, Andy Casey Photography, Kit Heath Jewellers, Gary Beglin and South Molton Taxis, North Devon Hospice’s hair and make-up artists Donna Solliss and Mandy Bateman, Mary Law for performing the ceremony, and the lovely ladies from Bill’s pharmacy who provided the wedding cake and gorgeous flowers.

For more information about the support available to local people who are facing a life-limiting illness, please visit northdevonhospice.org.uk.

Hospice nurses in the community

You may be assigned a Clinical Nurse Specialist who will visit you at home.

Dedicated time and space for you to talk about what is happening in your life.