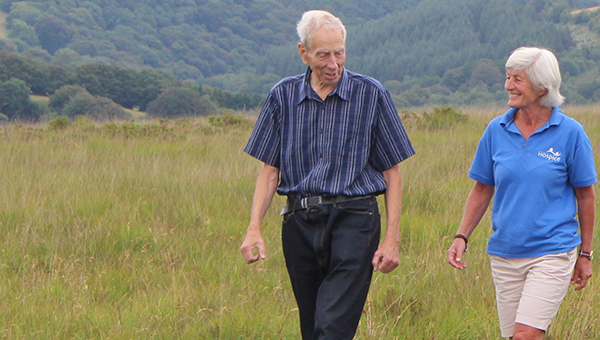 The man who has raised thousands to support others being cared for by the hospice, is now being supported by the charity himself

Ivan Huxtable has been organising the Exmoor Ramble charity walk for nearly 30 years, initially for CLIC Sargent after losing his sister to leukaemia aged just nine. The event has since raised money for more than 20 charities, including more than £50,000 for North Devon Hospice. But this year’s event will be especially poignant as Ivan has been diagnosed with terminal cancer, and is now receiving care from North Devon Hospice himself.

Ivan’s fundraising mission was inspired by the loss of his sister, which came just six months after losing their father in a tragic farming accident in 1947. More than £100,000 has been raised for CLIC Sargent in that time, a cause which remains close to Ivan’s heart after his own diagnosis with leukaemia 15 years ago. The number of charities to have benefitted has grown over the years, significantly North Devon Hospice, who are now caring for Ivan after all his years of dedication to the cause.

The 29th annual Exmoor Ramble charity walk will take place on Sunday 4th October, assuming national restrictions allow, and will offer a stunning tour of the moor’s scenery and wildlife, designed by someone who knows it better than anyone. 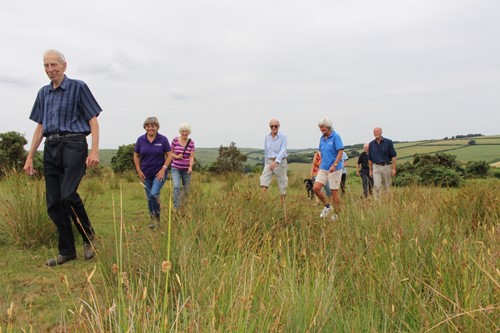 Ivan Huxtable is North Devon born and bred. He is one of the area’s best-known characters, which is why his Exmoor Ramble charity walks have been so popular down the years. He said, “We’ve been doing this for 29 years! We’ve raised money for lots of charities in that time, but the hospice has been the main one recently. We have raised well over £50,000 for them, but I honestly couldn’t tell you an exact figure! I’ve lost count!”

His fundraising has helped countless people down the years, who have needed the care provided by North Devon Hospice. Sadly, Ivan himself is now the one in need of support from the charity he’s done so much for.

“I was diagnosed with leukaemia about 15 years ago, but it never caused me too many problems. I was even working full time until a few years ago” said Ivan, who is 80. “Last summer I was diagnosed with bladder cancer and had two operations in August to get on top of that. But when they scanned me again, they discovered a lump in my groin. I had the top doctor and lead cancer nurse in the room, so I knew it wouldn’t be good news. They told me it was lymphoma, which was untreatable. They asked if I minded being referred to North Devon Hospice, and I said ‘I know them well!’” 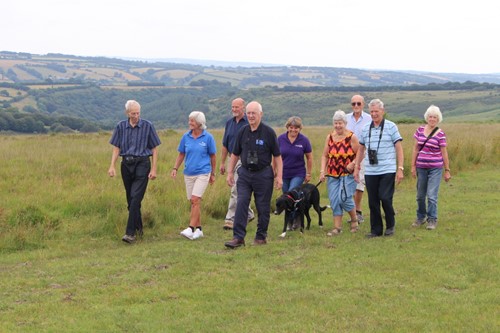 Ivan is now being supported by Karen Moss, one of North Devon Hospice’s clinical nurse specialists, who visit patients in their own homes to help with medication and pain management as well as offering other support. “Karen is a great help. She had visited me a few times before the lockdown restrictions were in place, and now we speak over the phone regularly. She’s been very supportive.”

Despite his own battle, Ivan was determined that this year’s Exmoor Ramble will go ahead. “I rang the hospice and said ‘you must be struggling because of all this coronavirus.’ And of course, they are because all the fundraising has stopped with everyone indoors. So, I spoke to a few of my friends who help me with the Exmoor Ramble and they said they would help make it happen. They have all said that if they can help in any way, they will, so the support I’ve got is amazing.”

Ivan’s sons, Brian and Paul Huxtable, are helping to make sure this year’s Exmoor Ramble goes ahead no matter what. “We’ve got our orders from Dad!” they said. “It’s certainly poignant, because we don’t know if he will be with us when the walk takes place in October. The doctors said to us back in September that he wasn’t likely to be here by Christmas. But here is, he just doesn’t give up. His mind is as sharp as ever, even though he gets tired very quickly now.” 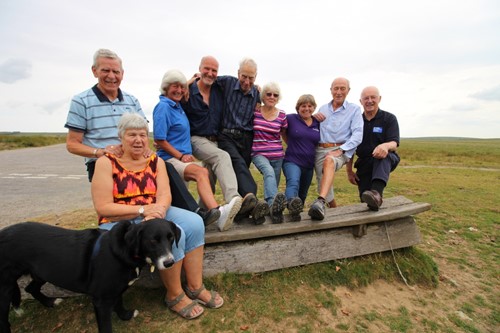 They added that the walk will be as beautiful as always, and that they hoped this year would see the most people join in, as a tribute to the amazing charitable work that Ivan has done over many decades. “It’ll be a circular walk, starting and finishing at Brendon Two Gates. It’s 11 miles, although there will be a shorter option if people aren’t feeling up to that on the day. We’ll walk through some of Dad’s favourite spots and will hopefully see all sorts of wildlife, including Red Deer. He knows Exmoor like the back of his hand, so he knows the right places to take people. That’s why we hope lots of people sign up to join the Exmoor Ramble. It’s always a brilliant day out.”

Ali Hunt, from North Devon Hospice, said that Ivan is one of the area’s true legends. “I’ve known Ivan as long as I’ve been involved with North Devon Hospice, which is more than 20 years. You could not wish to meet a nicer man, who has such a sharp wit and the most generous spirit.” She said. “What he has done for charity over the years, most notably the hospice, is simply incredible. It was such sad news when I spoke to Ivan and learned of his diagnosis, but I know that he will approach this with the most admirably positivity. Therefore, I wasn’t surprised to learn that he is determined to make the Exmoor Ramble happen this year, despite everything.”

Ali added that the funds raised will make a real difference. “I would encourage everyone to sign up to the Exmoor Ramble, because it truly is a memorable day. Ivan has used his entire life’s worth of Exmoor knowledge to create a walk that is uniquely enjoyable. And of course, every pound raised will help local people who are facing an incurable illness, which sadly now includes Ivan himself.” 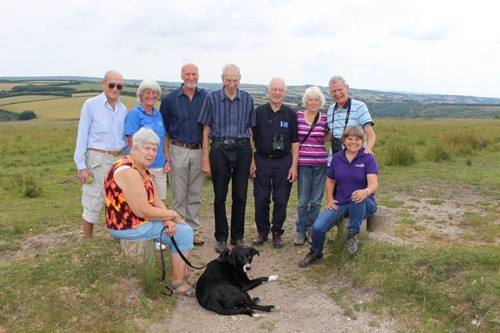 Ivan said that the Exmoor Ramble is something that will continue for a long time. “The support I’ve had from people to make it happen every year is amazing, so I know that they will carry this on for me. My sons Brian and Paul will make sure of that, along with my grandchildren William, Danny, Charlie and Maddie. I’d especially like to thank my wife Edna for all her support down the years. She has been tremendous, and I’m a very lucky fellow all things considered.”

Sign up to the Exmoor Ramble now, to support those being cared for by North Devon Hospice.

From coast to countryside, we provide care and support all the way from Lynton to Holsworthy, and every town, village and hamlet in between.