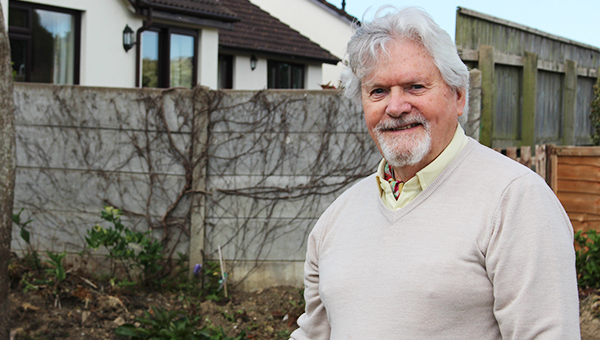 Clement says that having counselling takes real strength, and is not a weakness in any way

Grief isn’t something that simply stops one day. It comes in waves almost like a tsunami, and you don't know when the next one will strike.

Clement O’Mara from Fremington has been supported by counsellors from North Devon Hospice since his wife Maureen passed away in 2015.

He says that being able to talk to someone even years later makes a huge difference to him. “Counsellors are rare people. Counsellors from the hospice like Christa and Rose who have helped me, are trained and have years of experience in the field of bereavement. To seek counselling is a strength and not as some feel, a weakness. It takes a great deal of grit and determination to realise that counselling will really help. In the depths of bereavement there are those that will offer well-meaning advice to help you through the pain you feel. Truly it is offered to help you, but often it is not the advice you want.” 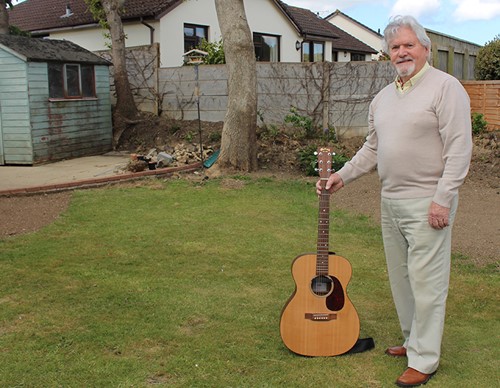 Counsellors understand said Clement, who joined North Devon Hospice’s bereavement group after losing his wife. “I was terrified at first and never intended to speak up. I said to myself I would just sit and listen, but then began to hear the outpouring of grief and pain that bereavement brings, I realised they were all feeling the same hurt that I was feeling. That was all I needed to tell my story of loss.

He added, “The two years following bereavement, and after initial counselling and also being able to talk to family, there comes a time when you feel that to talk to family will only prolong their grief. So you don’t. And that is when the pressure builds inside you. That need to release that pressure grows, and that is when you can turn to North Devon Hospice for further counselling.”

Clement has also picked up a new skill in the last few years. “Late in life I learned to play the guitar. And the many hours that I spend on my own I am able to sing the songs that appealed to me, and accompany myself on the guitar. I have my daughter Tracy to thank for introducing me to the music scene in North Devon. Tracy is an accomplished musician and listening to her playing and singing made me think that I should try and learn to play the guitar. I have to thank local composer and musicians Andy Knight and his wife Linda for their teaching that have given me their gift of being able to play the guitar.”

WATCH: Clem plays a track that he sang down the phone recently to his hospice counsellor, Rose. "I'll Be Your Baby Tonight" originally by Bob Dylan, and covered by Norah Jones. Enjoy:

Clement has even has entertained patients at North Devon Hospice some years ago, singing to backing tracks, before learning to play guitar.

“I have a lot to thank North Devon Hospice for, they do such wonderful work.” He said. “To those in need I would say, all you have to do is pick up the phone or call in at Deer Park to find that very special understanding and the help that you need.”

Click here for more information about the care and support on offer from North Devon Hospice.

Resources for you and your family

The Bereavement Support Group - on hold

Support from others going through the same thing.