Max's lockdown campout for the hospice 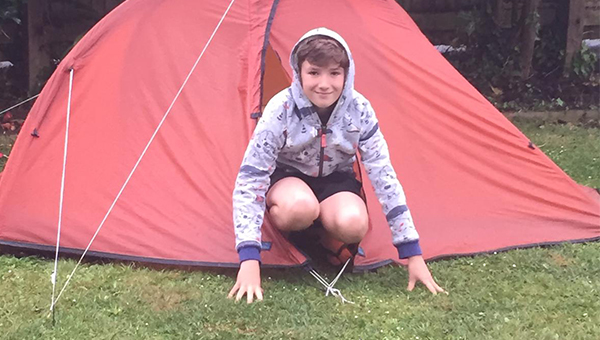 The 10-year-old has vowed to camp in his garden in order to raise money for North Devon Hospice, in memory of his two friends 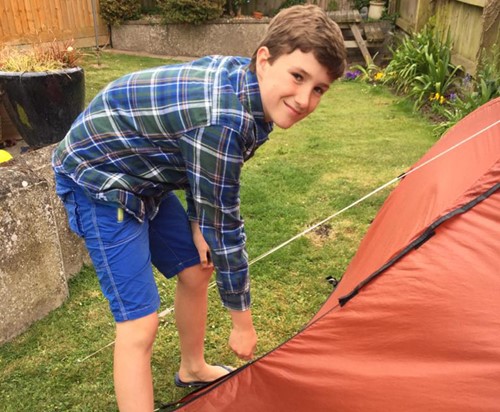 A brave Braunton boy is camping out in his garden in order to raise money for North Devon Hospice, after the charity helped care for a family friend, and has vowed to continue his sponsored outdoor sleep until lockdown is over.

10-year-old Max Woosey is already more than 200 nights into his epic challenge, having started back in March when there was still frost on the ground, and has raised over £50,000!! Max’s mum Rachael Woosey says she is proud of his determination to do something that will help others. “He has no intention of giving up, and especially now he can see the sponsorship going up and up. That’s giving him extra determination to see it through and raise as much as possible for the hospice.” 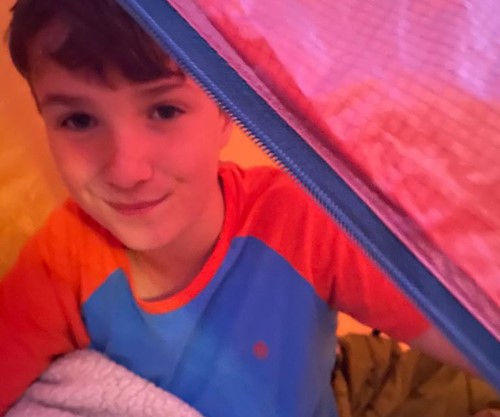 The challenge was inspired by the care given by North Devon Hospice to their family friend Rick. “We’d known Rick and his wife Sue ever since we moved in opposite them, more than six years ago,” said Rachael. “Sadly, he lost Sue to cancer a couple of years ago, and the hospice were involved in her care too. Then earlier this year Rick became ill and it was clear he didn’t have long left. He was desperate to stay at home for his final weeks, and the hospice team helped us to make that happen.”

A team of Rick’s friends rallied round to help provide him with virtually round-the-clock care in his home, but Rachael says this was something entirely new to them. “I felt completely out of my depth, because I’ve never been involved with caring for someone at the end of life, so when North Devon Hospice came along it was a huge relief. They were so calm and patient. They remembered all our names, and made sure that we were all OK, as well as Rick. It actually made the whole experience a real privilege. He even said to me, ‘I’ve really enjoyed this last two weeks.’ Even though he was bed bound and in pain, we had some wonderful conversations and some real laughs too.” 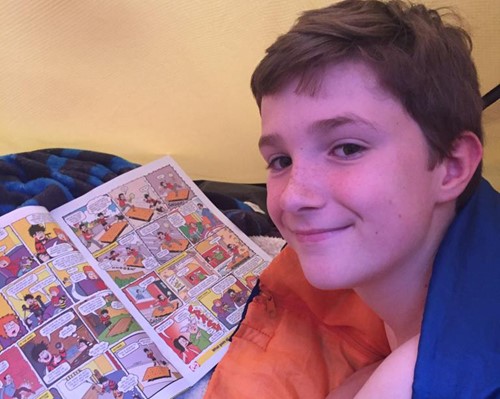 Rick passed away on Valentine’s Day, and Max was determined to do something to help raise funds for the hospice, after the care that had been provided. “It’s fitting that Max is now using a tent that Rick gave him to raise money for the hospice,” said Rachael. “This was all his idea, and all came from him. He started his camp out on 28th March and straight away he said he’d do it for the whole of lockdown, which at that point was only three weeks. Of course, it’s been extended again and again, but he’s never shown any sign of wanting to give in, despite the wind and the rain! We’re just so incredibly proud of him.”

Rachael hopes that people will keep donating, to reward Max for his amazing efforts. “Seeing the sponsorship come in gives him a real boost. At first, we set the target at £100, then when we reached that amount he asked me to raise the bar again and again. He knows how important the hospice was for us when caring for Rick, so he knows he’s helping other families who might need that same support now. His resilience is really impressive. Each night he just needs his torch, a teddy and a couple of Beano comics, then he’s good to go!” 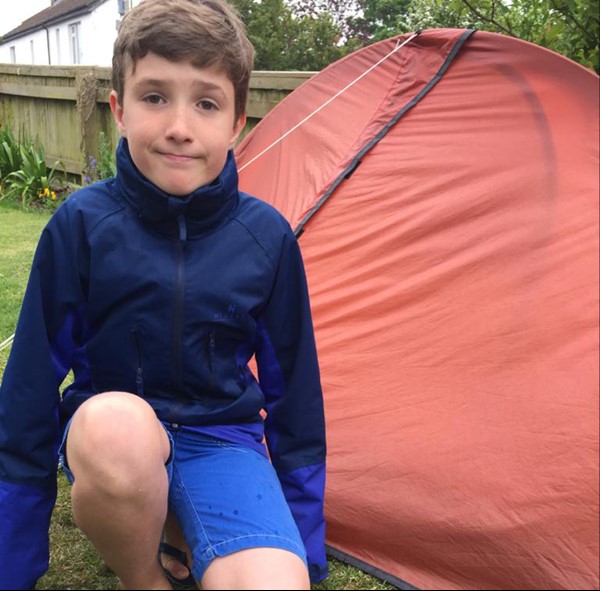 Stephen Roberts, Chief Executive of North Devon Hospice, praised Max’s incredible determination. “Everyone at the hospice is blown away by what this inspiring 10-year-old is doing,” he said. “For such a young lad to care so much about helping others is heart-warming. Every pound he raises is vital right now, because of course the demand for our hospice care has risen considerably, but the ability to raise funds has been decimated due to the current situation. But Max has found a way of inspiring people to donate to the cause, and that will mean the world to all those people who the hospice is caring for right now. They need heroes like him more than ever.”

To sponsor Max and encourage him during his lockdown camp out, visit: www.justgiving.com/fundraising/max-woosey1